In my last blog entry, I showed how I make my own strawberry cream cheese.  The stuff you buy at the store may contain all kinds of artificial ingredients, such as food coloring and thickening agents.  If you missed it, here it is again:

This week I'm sharing how to make your own soft butter.  Here's what I used to buy at the grocery story.  Unlike the strawberry cream cheese mentioned above, this only contains butter, canola oil and salt. 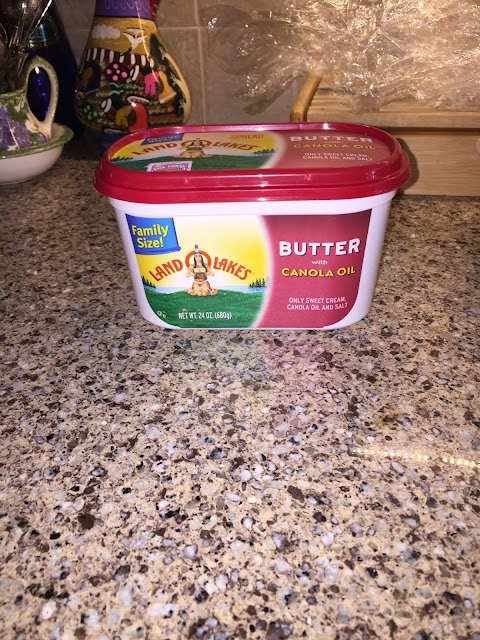 I like to use this kind of butter for several reasons.  First, it spreads easier than plain butter and, second, half the butter fat is replaced by canola oil which is healthier.  It is rather expensive, though, and I wondered if I could make the same thing at home cheaper.  Searching the internet I found several recipes and, with a little experimentation, came up with what I think is just as good.

You need one stick of butter and a half cup of canola oil.  You can double these amounts to make a larger quantity.  You can also use olive oil instead of canola oil 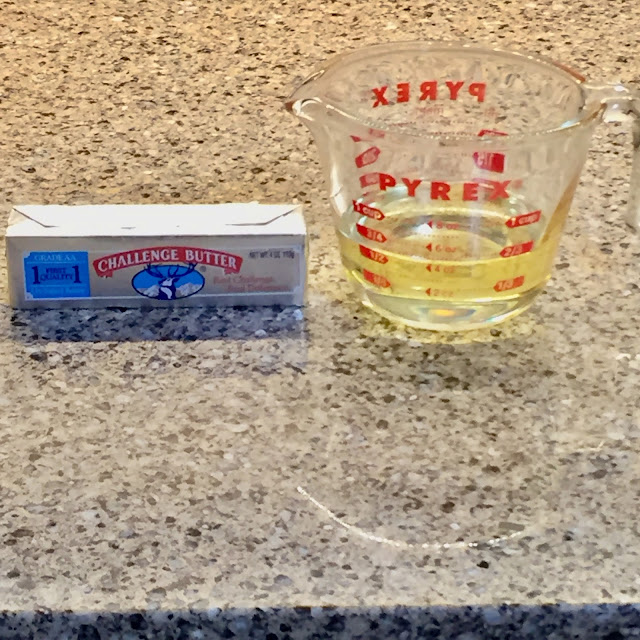 Soften the butter and chunk it up in a container of some sort. 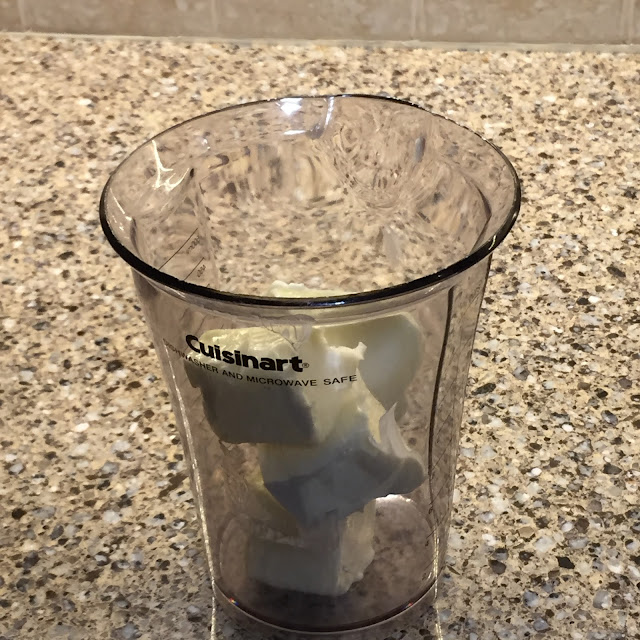 Add the oil and mix it up with a hand mixer or an immersion blender, like this. 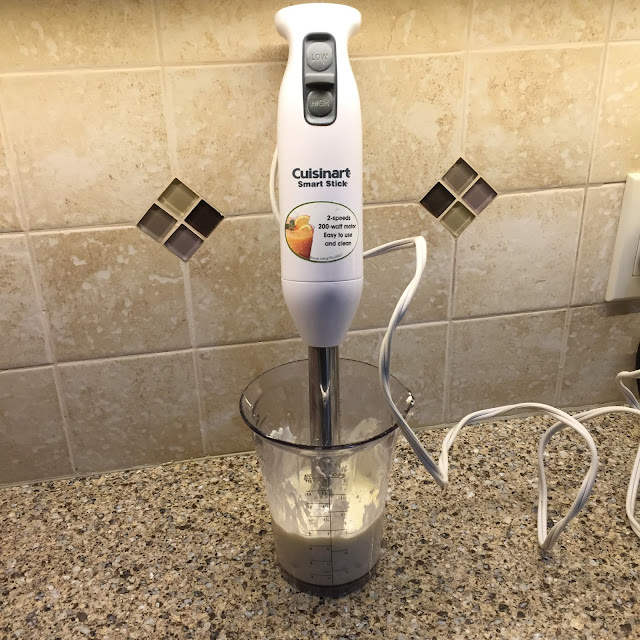 Scoop this into a small bowl, cover tightly and store in your refrigerator. 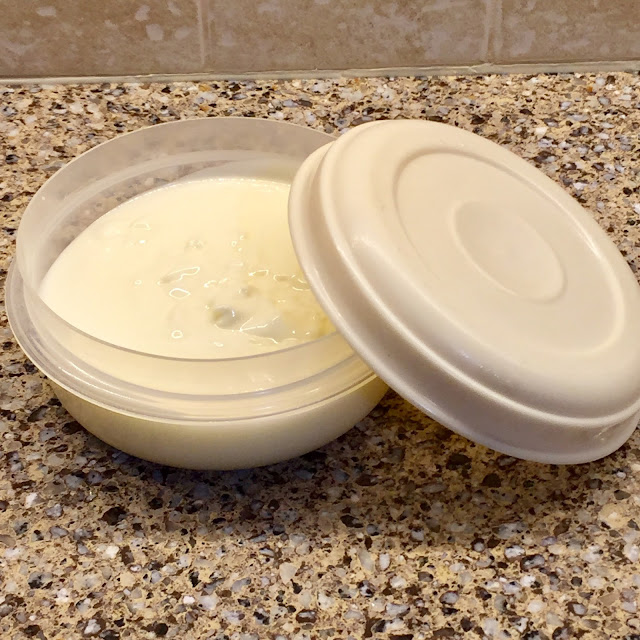 When you initially finish mixing the butter and oil, you may think it is too thin, but trust me, it will thicken up after it has been in the frig for an hour or so.  Then you'll have a product that is every bit as good at the store-bought kind.  See how nicely it turns out. 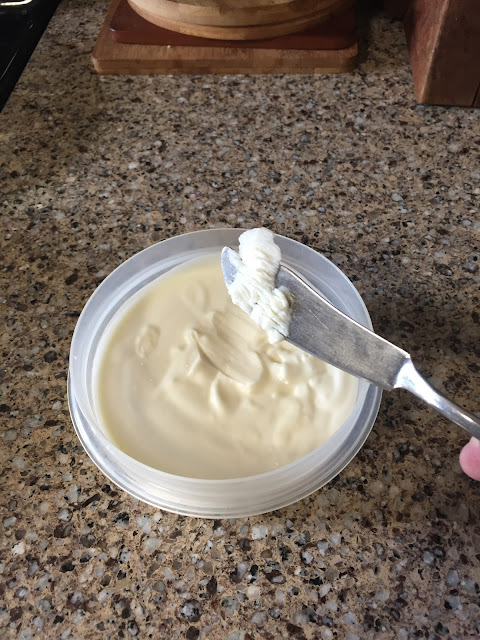 I've refined my method since if took these pictures.  I realized that I could avoid messing up the mixing container by mixing the butter and oil in the container I planned to store it in. 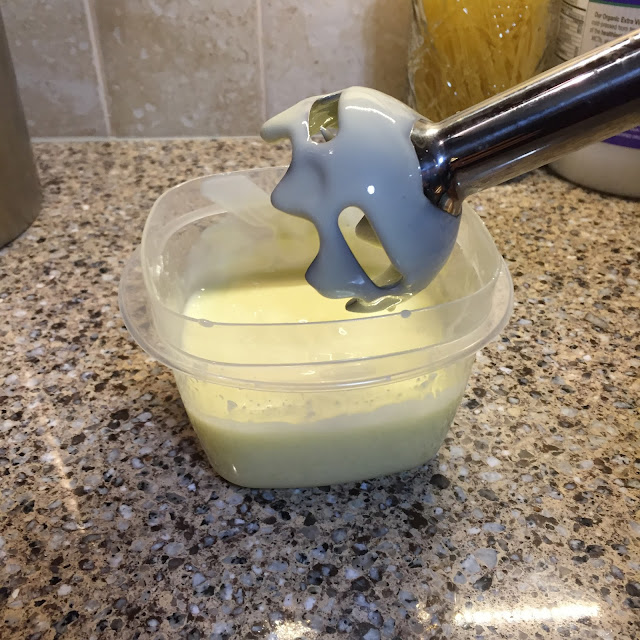 The container just needs to be deep enough to avoid having your mixer splatter it all over the kitchen!  I haven't put a pencil to paper to calculate how much I am saving by making my own.  But, I believe I can make this for about half of what I can buy it for.  Plus, if you live in a small community that does not have recycling facilities, there is no store-bought container to send to the landfill.

Posted by Windy Acres at 3:19 PM No comments: