This spring we were honored to have a pair of Eastern Phoebes select our front porch as a nesting site.  Phoebes are small flycatchers.  They have short, thin bills used for catching insects.  Their calls seem to say their name "Fee Bee".  I love these little birds! 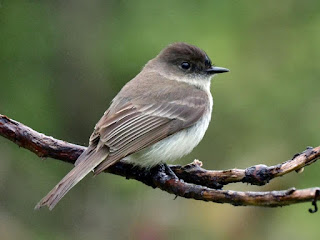 (Photo courtesy of Epi Shemming and Cornell Lab of Ornithology)

We frequently see them perched on a fence post or other low perch from which they make short flights to capture insects, often returning to the same perch.  They like to use a shepherd's crook plant hanger near the porch where the nest is. 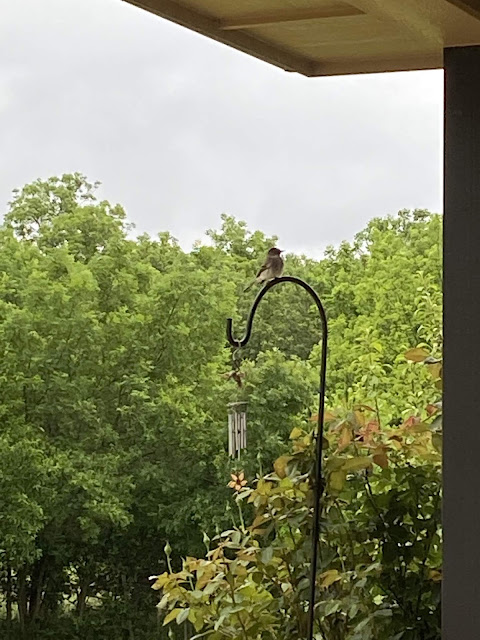 The nest is made of mud, straw and grass.  It is an amazing feat of engineering which was built in about 2 days time. 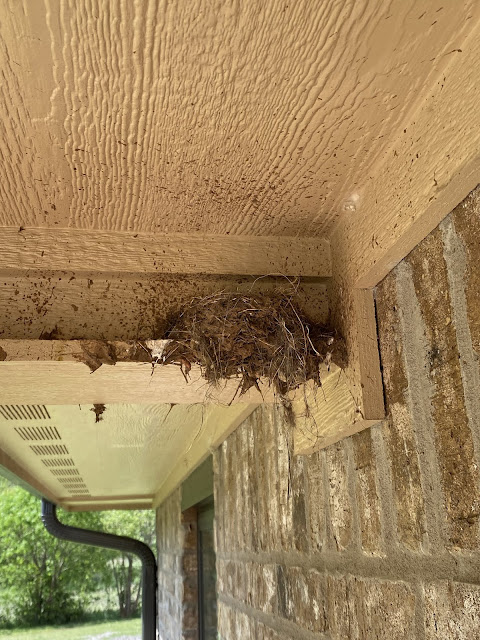 The female laid 4 eggs in the nest.  There were five, but apparently one of them got broken.  You can see shell remnants clinging to one of the other eggs.  This picture makes the eggs look much larger than they actually are.  In fact, they are only about half an inch long. 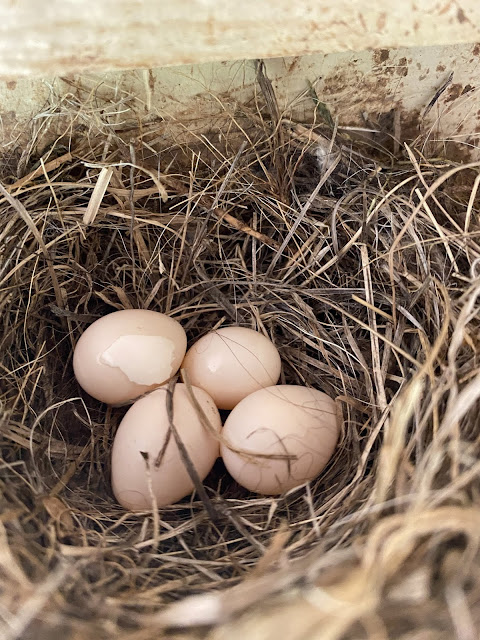 After a couple of weeks, four chicks hatched. 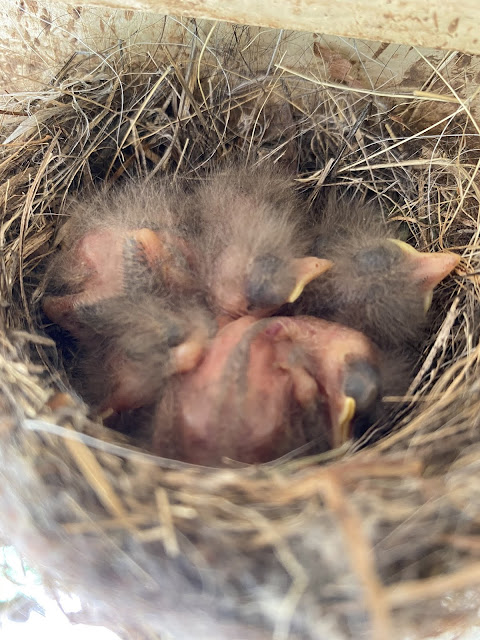 The parents were kept busy feeding them and they grew quickly.  After 3-4 days, they looked like this. 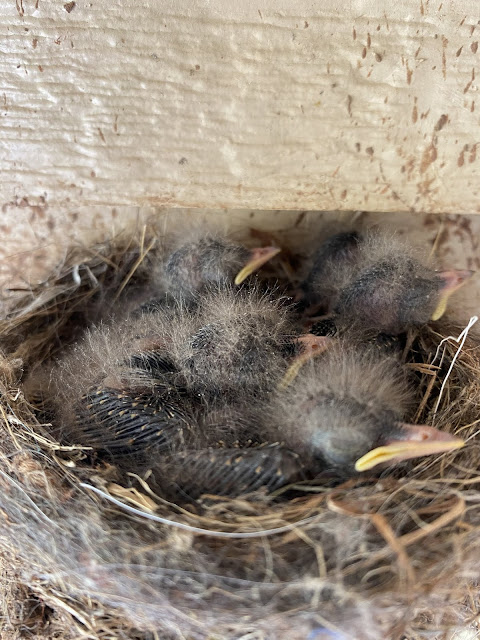 Before long, they outgrew the nest and were sitting on the edge. 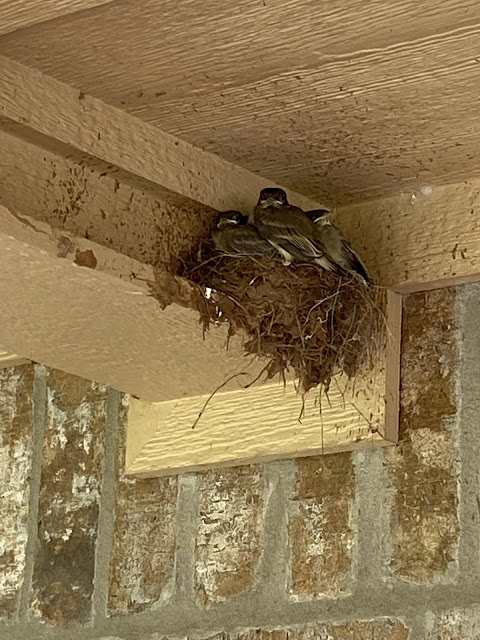 And then early one morning they fledged.  I was able to get this picture of two of them before they were gone. 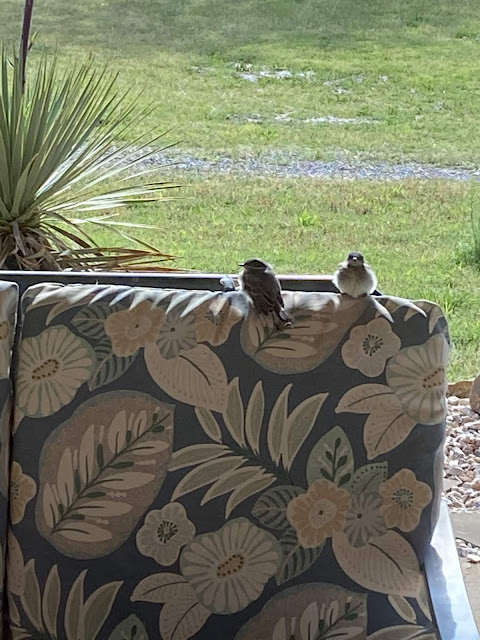 It was an amazing experience to watch this cycle of life unfold right in front of our eyes.  It has been about three weeks since this brood left the nest for the big wide world.  Today, I noticed the female phoebe was back on the nest.  So, looks like we are in for another brood to hatch in a couple of weeks.

Cornell's All About Birds website is a great resource for identifying and reading about birds.

All About Birds
Posted by Windy Acres at 12:30 PM No comments: