It's been a while since I posted an update on my cattle tub garden.  I wrote about it last year in the following post.

I had a good deal of success with the things I grew in the cattle tubs, particularly the sweet potatoes.  One of them weighed 6 pounds!

So, this year I obtained a few more tubs and we expanded it into another corner of the back yard.  I am trying carrots in some of them. 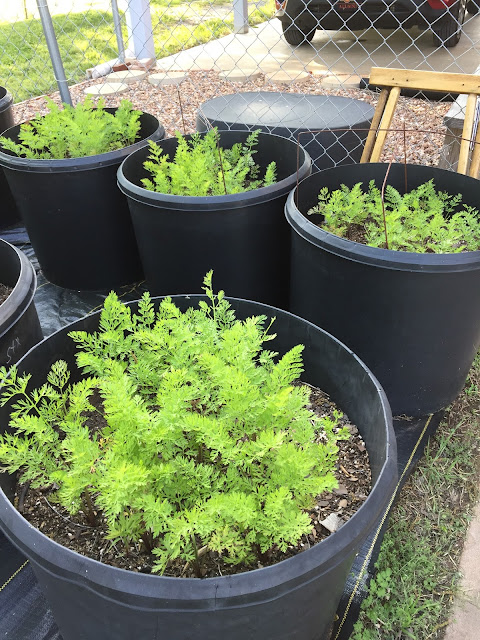 The strawberries I planted last year did well this spring. 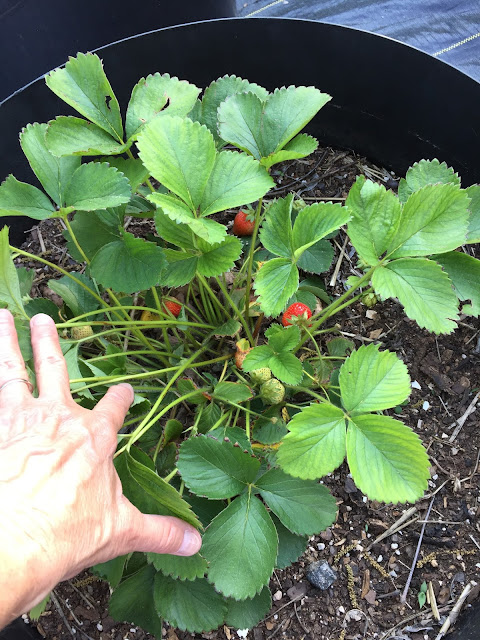 I grew some bok choi in tub, but I think the black tubs collected too much heat and caused it to bolt early.  I believe cool season crops will work better in the tubs during the fall and winter.  Live and learn. 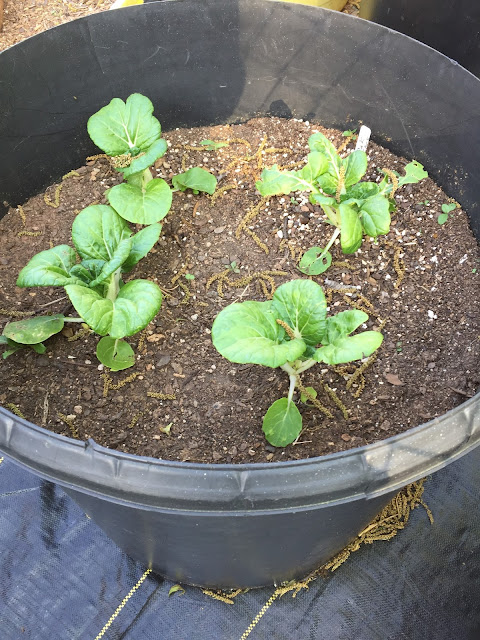 I am trying Swiss Chard, as well.  It is doing okay, but is not thriving.  It may be another one of those plants, like bok choi, that will need cooler weather to do well. 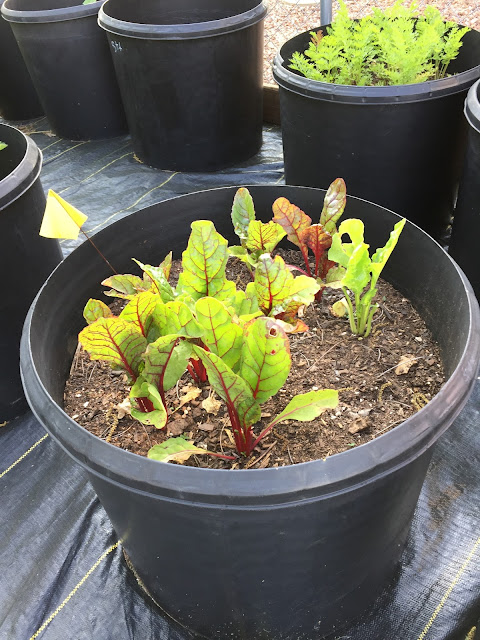 The tomatoes I planted are doing great. 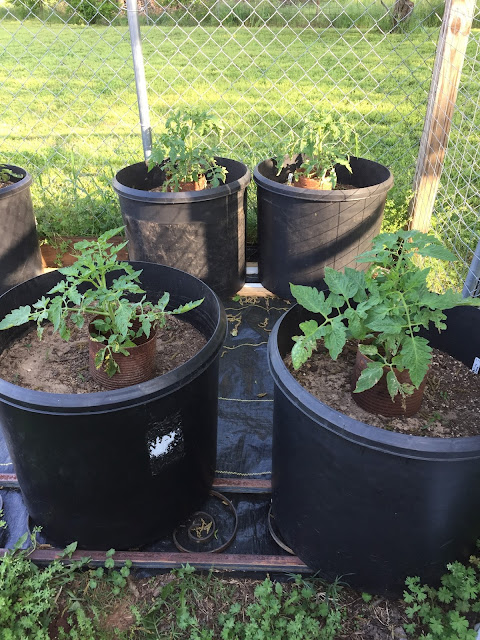 I'm trying a couple of herb plants to see how they grow in the tubs.  Here you see sage and rosemary. 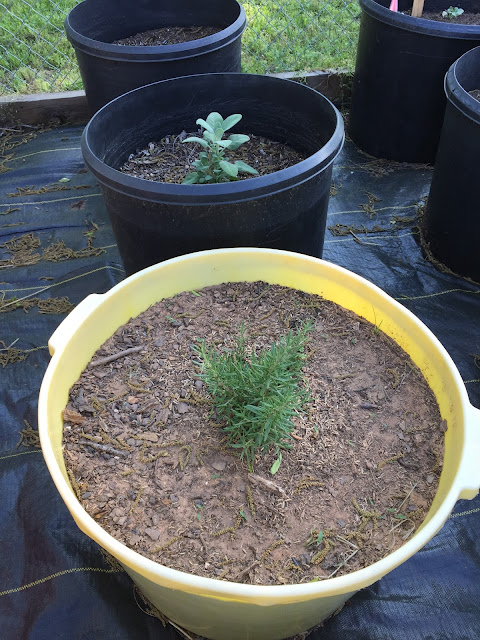 I have a few peppers planted.  This year I'm trying a new variety called Shishito.  They are medium hot peppers that are excellent simply stir fried in olive oil with salt and pepper and served as a side dish.  One of our farmers' market customers told us about these last summer.  He had eaten them in Santa Fe and asked if we could grow some this year.  So, here you go, sir! 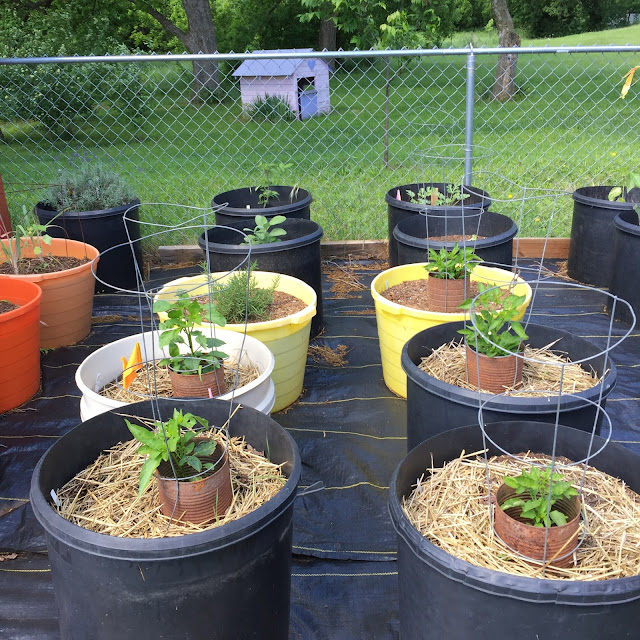 These pictures were all taken a couple of weeks ago.  Since then, the weather has warmed considerably and all the plants shown here are even bigger, especially the tomatoes.

This idea of growing in cattle tubs has made life much easier for me.  Very little weeding to do and watering takes just a few minutes using a hose-end spray nozzle.  This spring I added a bucket of compost to each tub and worked it into the soil to add nutrients.

Next year, I will probably need to rework the strawberry tubs because strawberry plants send out runners and make new plants.  Thus, the tubs will become crowded and I'll need to dig out the old plants to give the new ones room to grow. So, this is an ongoing experiment to see kind of plants do well at what time of year and how best to manage perennial plants, such as strawberries.  I will post updates periodically to keep you updated.

Earlier this spring I went through a bunch of our old seed.  Even though we store our seed in the refrigerator, many types of seed will not germinate after several years.  Rather than waste a lot of time and energy planting something that would not come up, I did a germination test.

A seed germination test is easy, only takes three to four days and might save you some time and garden space.  So, here's how to do it.

First wet a paper towel and fold it in half.  Then, lay 10 seed on it. 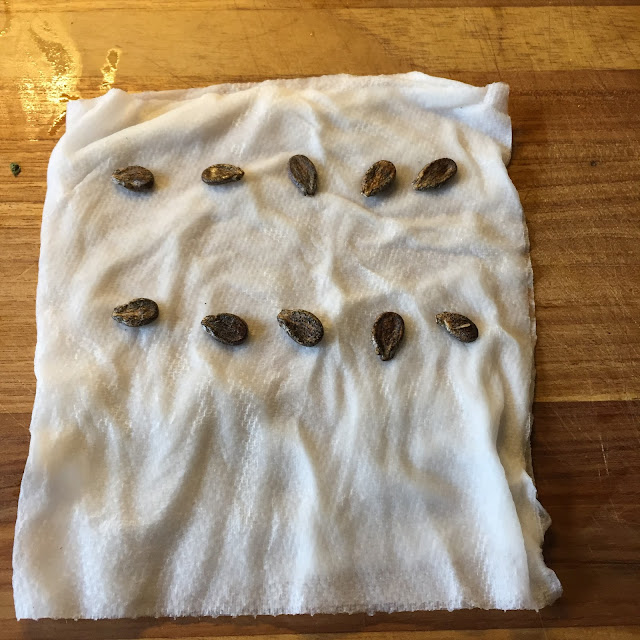 Beginning at one end, carefully roll the towel up.  If you germinate more than one type of seed at a time, be sure to label them.  I just used some plant ID stakes I had available. 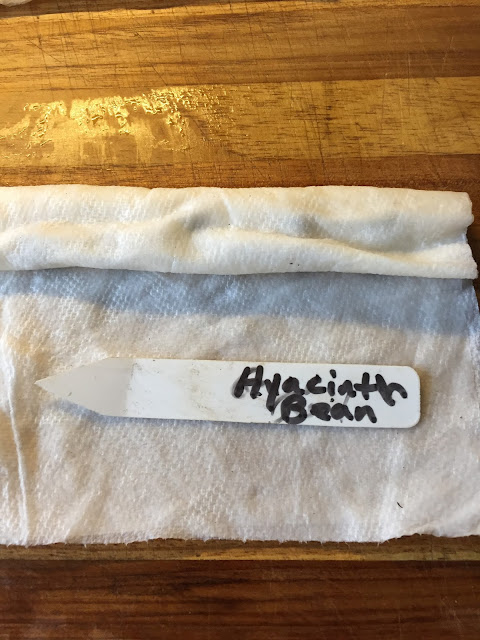 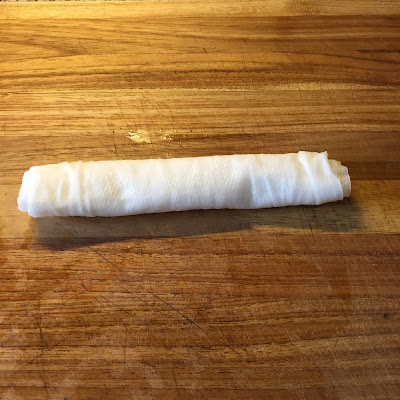 In this test, I was germinating a type of gourd that is edible when it is young, commonly referred to as "climbing okra", Blue Bonnet seeds, and Hyacinth Beans that are grown more for the flowers they produce than for their beans.

Place the seed rolls in a plastic bag.  Leave it on your kitchen counter for 3 to 4 days. 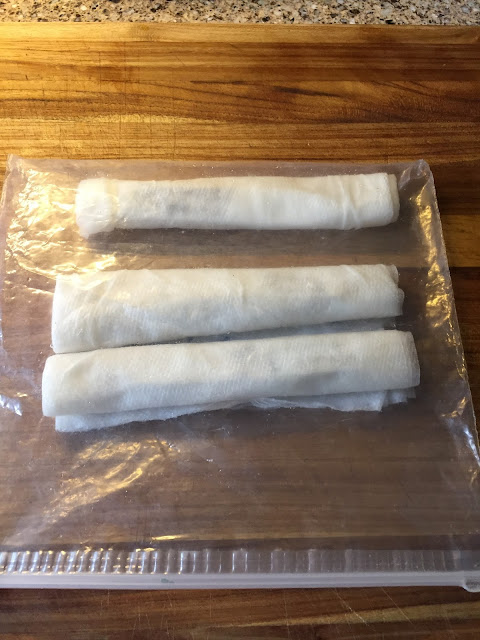 After a few days, unroll them and see if any of the seeds are starting to sprout.  If not, then roll up for another day or two.  If after a week, there is no sign of life, then you can assume that the seeds are "dead" and discard them.

When I opened the climbing okra roll, this is what I found. 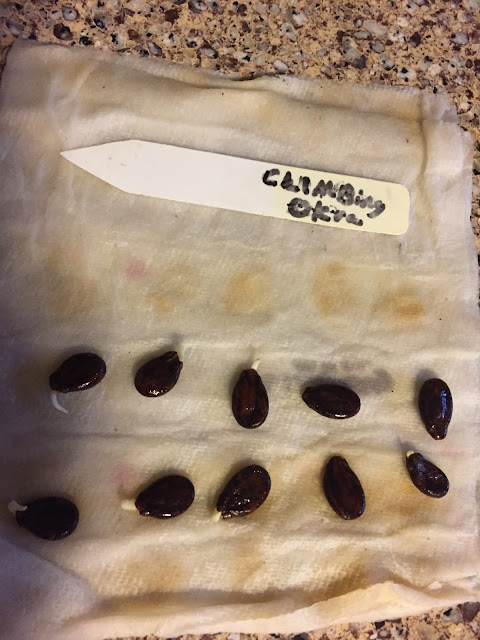 As you can see, seven of the seeds have small sprouts beginning to form.  Therefore, I could assume that for every 10 seed I planted, 7 of them would produce plants.  Hence, this batch of seeds has a 70% germination rate.

Rather than waste the sprouted seed, I went ahead and planted them.  Because they were already germinating when planted, they came up quickly.  I only had room for a few of these plants, so 7 was plenty.  But, if I were going to plant a whole row of them, then I would have known to plant 30% more seed in order to get the desired number of plants.

So, before you throw out old seed, take a few days to do a germination test.  You might be surprised at the results.