Before I begin, let me say that Jerusalem Artichokes are not artichokes at all, but are tubers produced by plants similar to sunflowers.  The name, in fact, comes from the Italian word "girasole" which is the Italian word for sunflower.  Here's what they look like while in flower. 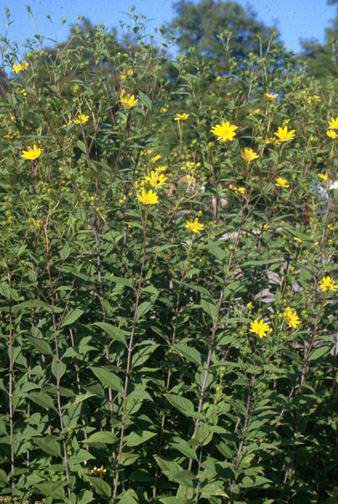 This past month we had some for Thanksgiving dinner.  The chokes are best if you wait until after frost before you dig them.  In fact, you can just leave them in the ground all winter, digging them as needed.  As you can see below, we had a bumper crop this year and this is just part of them. 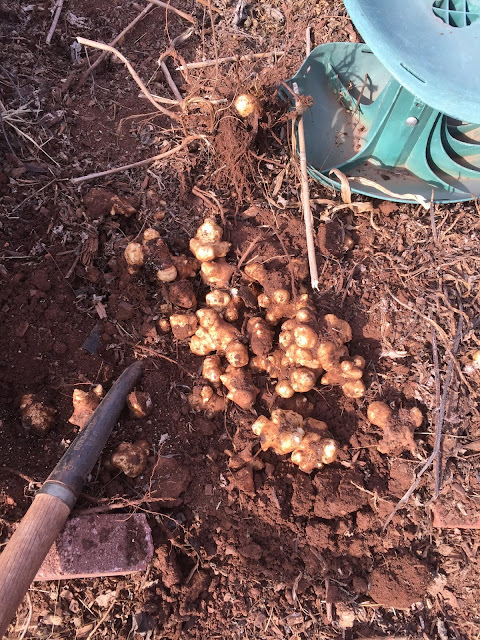 The tubers are knotty and require quite a bit of cleaning to get the dirt out of all the grooves.  Tom had his work cut out for him, but it was a nice day, so he got some fresh air and sunshine. 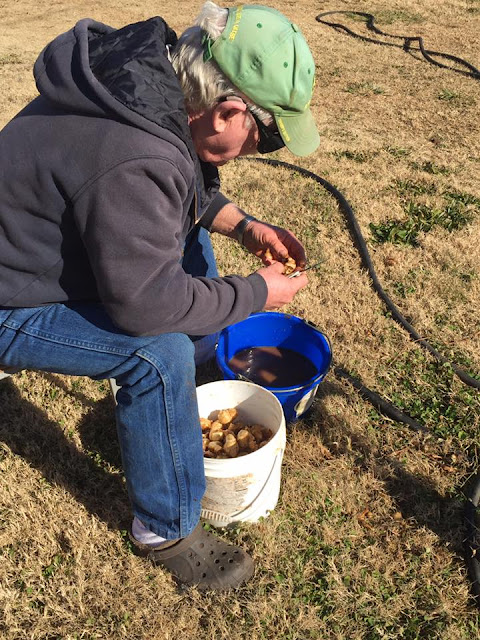 When finished he had a large bucket almost full. 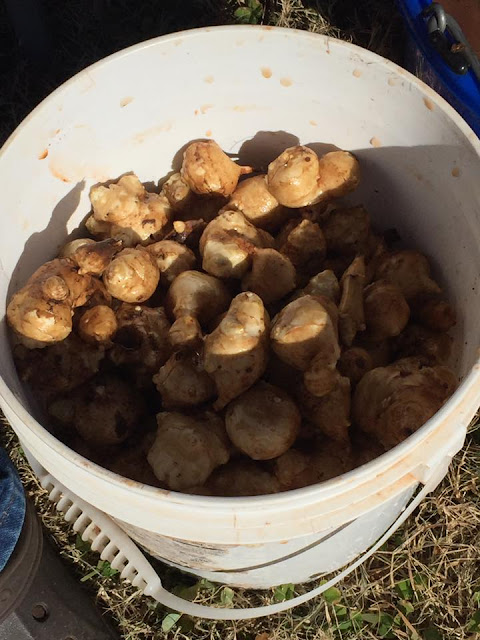 I roasted them in the oven using a very simple recipe.  I cut the larger ones in two so they were all about the same size.  Doused them with olive oil.  Added salt and pepper and cooked at 375 degrees until soft.  I stirred them a couple of times during cooking.  Here's a before picture. 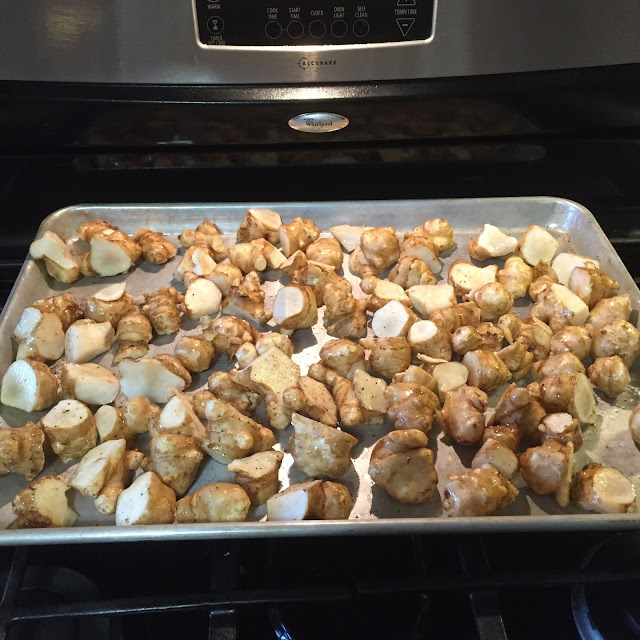 Here's after they were cooked. 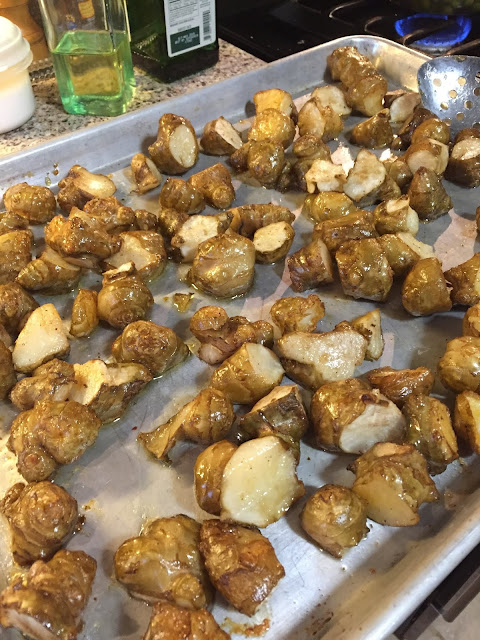 They are quite tasty, having a somewhat nutty flavor.  I have a friend who made "chips" from them by slicing them thin and cooking them in the oven at 450 degrees.  I've not tried this, but that is on my to-do list.