Last fall we started feeding a couple of stray cats in the pole barn.  I have hopes of getting them tame enough that we can catch them and get them spayed/neutered and vaccinated.  But, in the mean time, we are hoping they will help to keep the rodent population down around the chicken pen.

Here are some pictures of them.  I call the first one Smokey because he/she is gray and white.  This cat usually comes during the day. 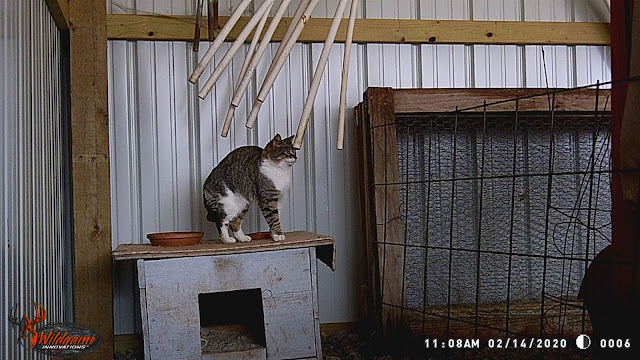 Then there is Pretty Boy (or Girl).  This one comes to eat both in the daylight and at night and usually comes around several times each day. 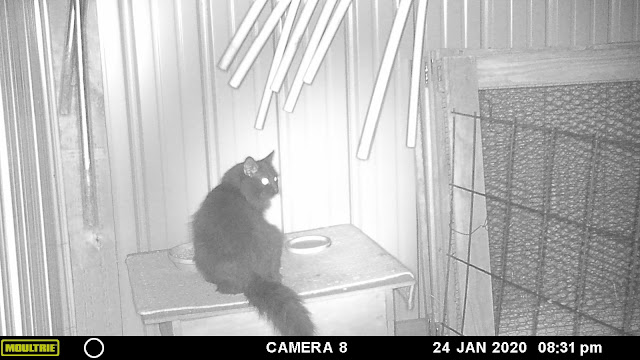 And here we have Monster Cat.  At first glance, he looks a lot like Pretty Boy, except he has shorter ears and a LOT more hair.  This cat only comes around at night and usually only shows up once. 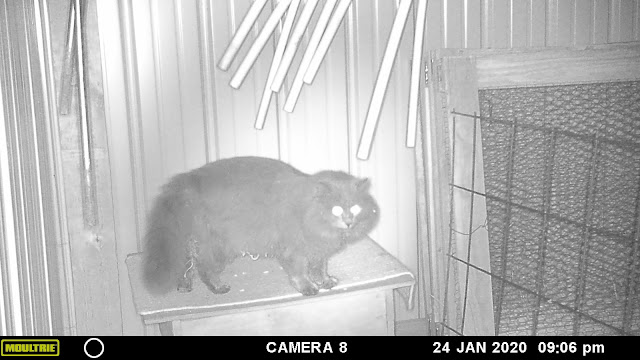 As expected, other wildlife eventually found the cat food.  Not sure you can see it, but there is a little mouse by the big food bowl.  Where are the cats???? 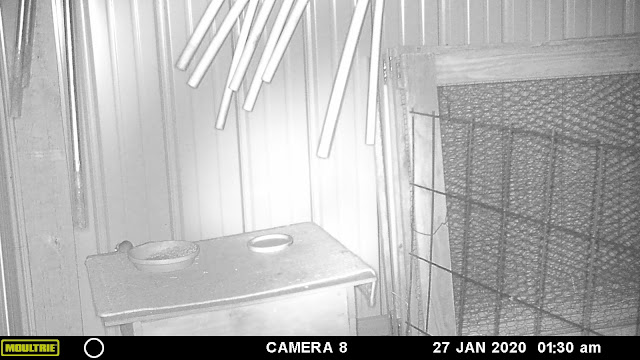 The raccoons found the food last week and have turned out to be pretty entertaining.  This guy looks like he is posing for the camera. 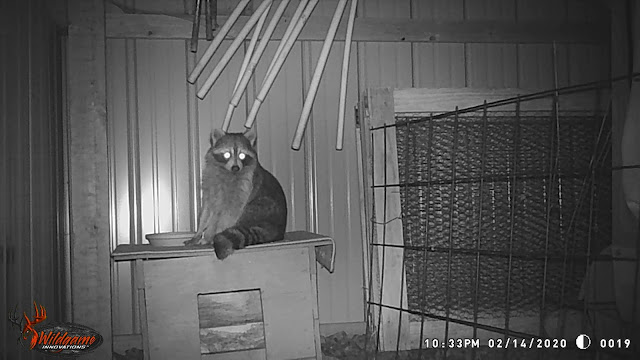 In the following two pics he seems to be taking it easy, just lolling around after eating. 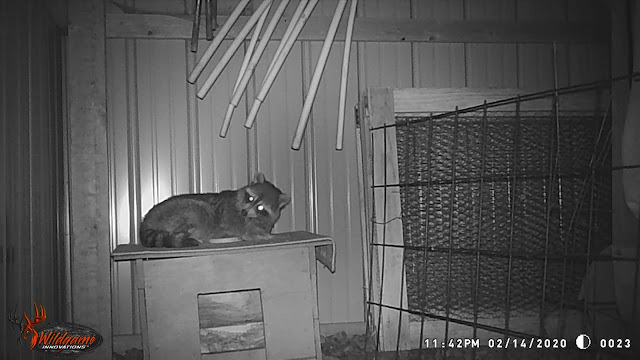 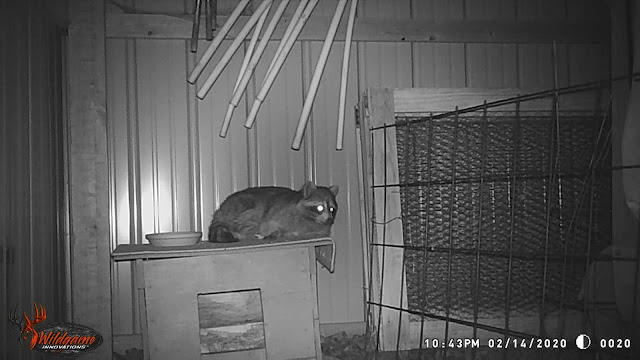 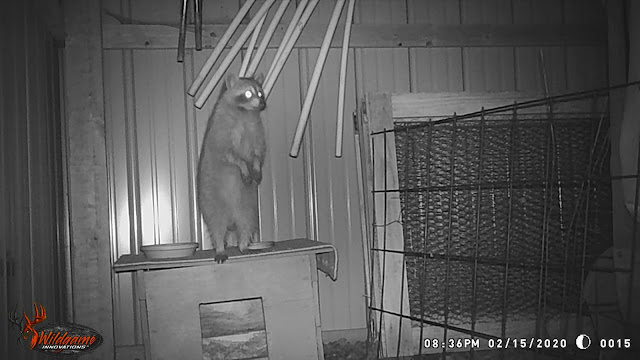 He seems to have decided to climb the wooden frame (which happens to be a wooden frame that forms a pen used on warm days to put young chicks in to get them used to being outside and scratching in the grass). 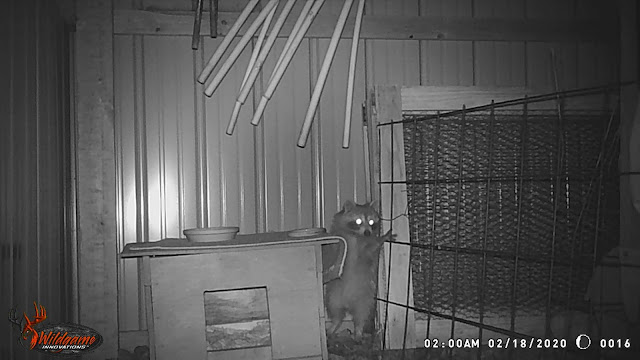 I guess he decided he needed company because he showed up with a buddy one night. 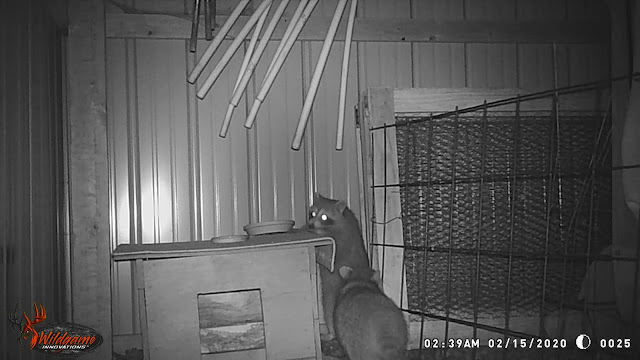 We don't want to waste cat food on raccoons, so we only put the cat food out in the morning.  The cats are starting to learn that they need to come during the day or early in the evening and usually there isn't a lot left by the time the raccoons show up.