It has been a while since my last post, but we've been pretty busy and time has gotten away from me.  Everyone told me that would happen when I retired and I guess it is true!

The big news is we have 8 baby chicks.  We only have 3 chickens left from our first bunch of 6 that we bought 2 years ago.   They are grand old ladies now and have slowed down on their egg laying.  So, we decided it was time to add some new life to the flock.  Here is a picture of our new babies right after we got them. 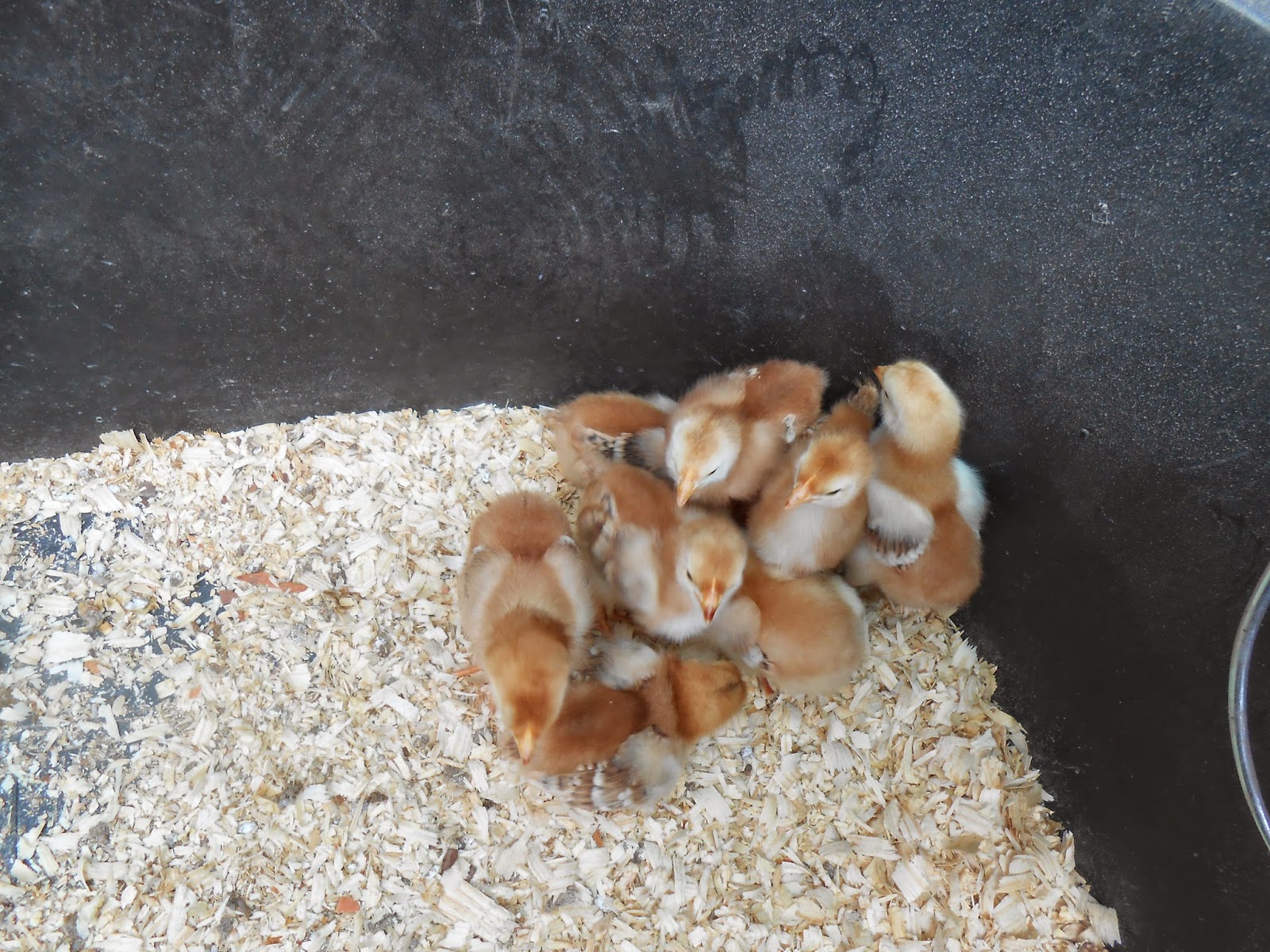 We put them in a large watering tub that we bought during the drought a couple of years ago.  Our intent was to fill it with water for the wildlife.  But, it ended up being a source of entertainment for our grandkids.  (See this post from January 2013:  Ice Engineering ) 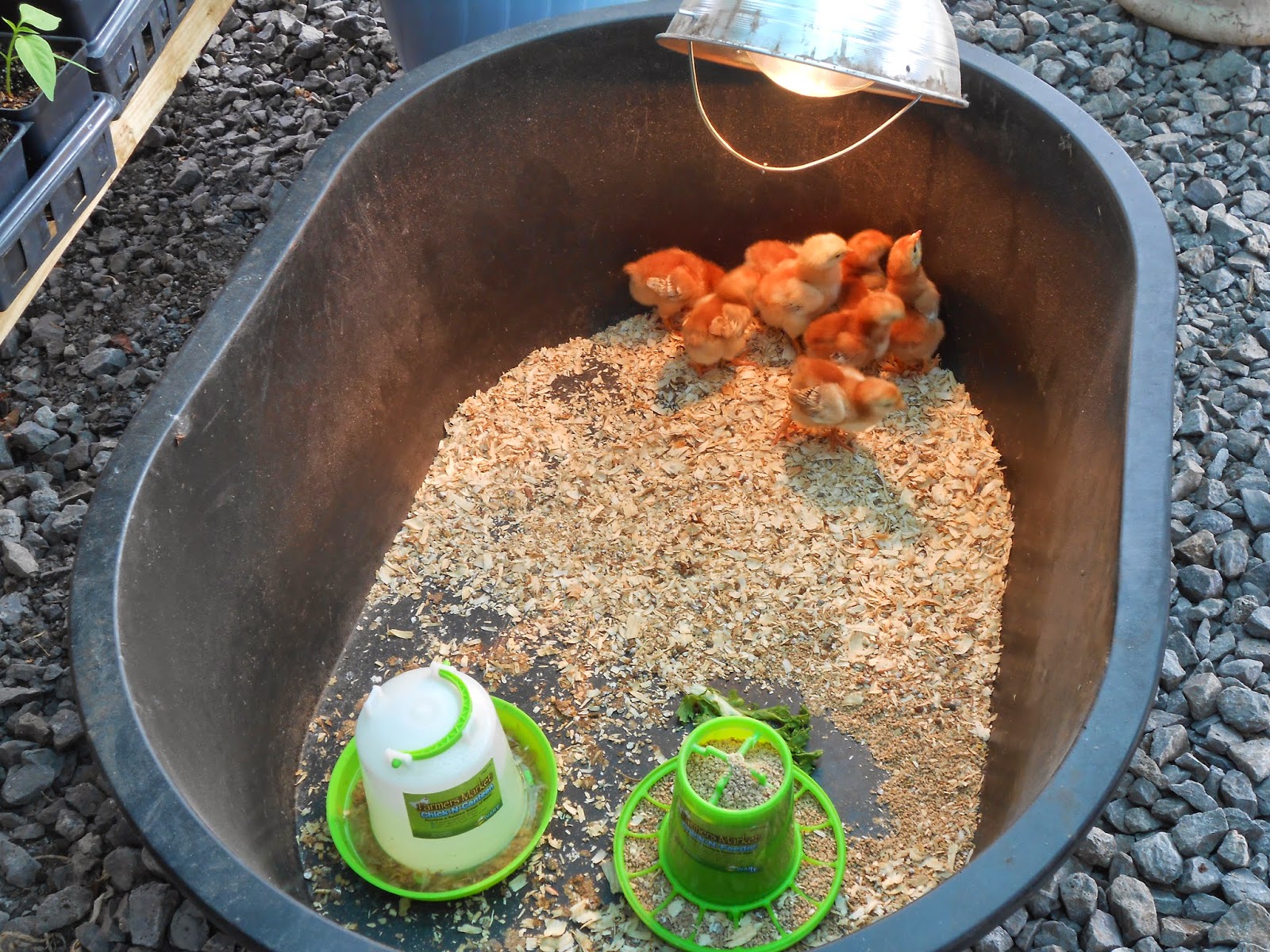 It is important to protect the chicks from predators.  So, to start out, we set the tub in our greenhouse.   It is also important to provide them with a source of heat early in the spring before they get their real feathers.  So, we have a heat lamp that we turn on for them on cold days and at night.

It is amazing how quickly the chicks grow.  After a few days they began to grow wing feathers, like this. 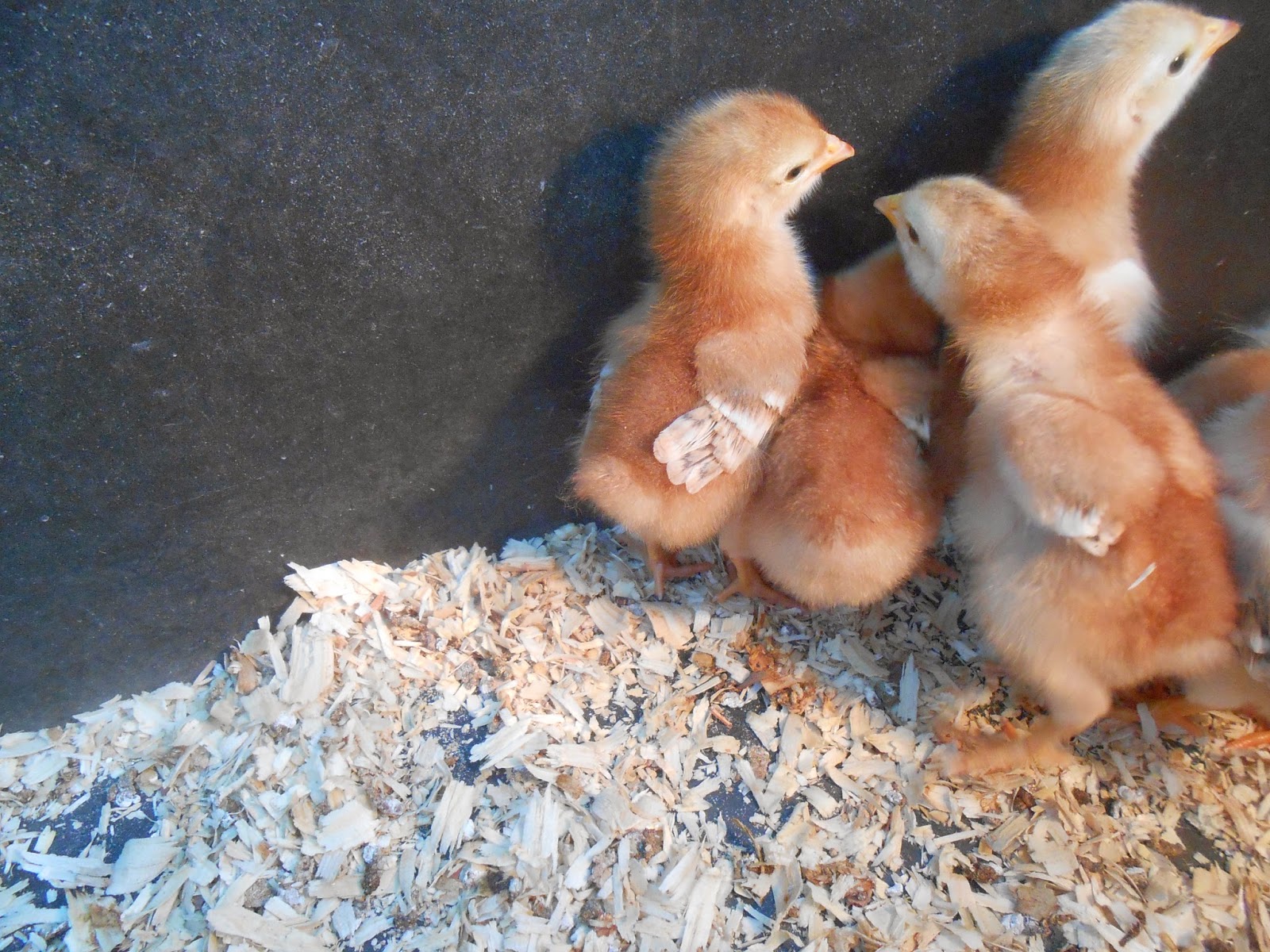 Now, they are barely 2 weeks old and some of them are already growing tail feathers! 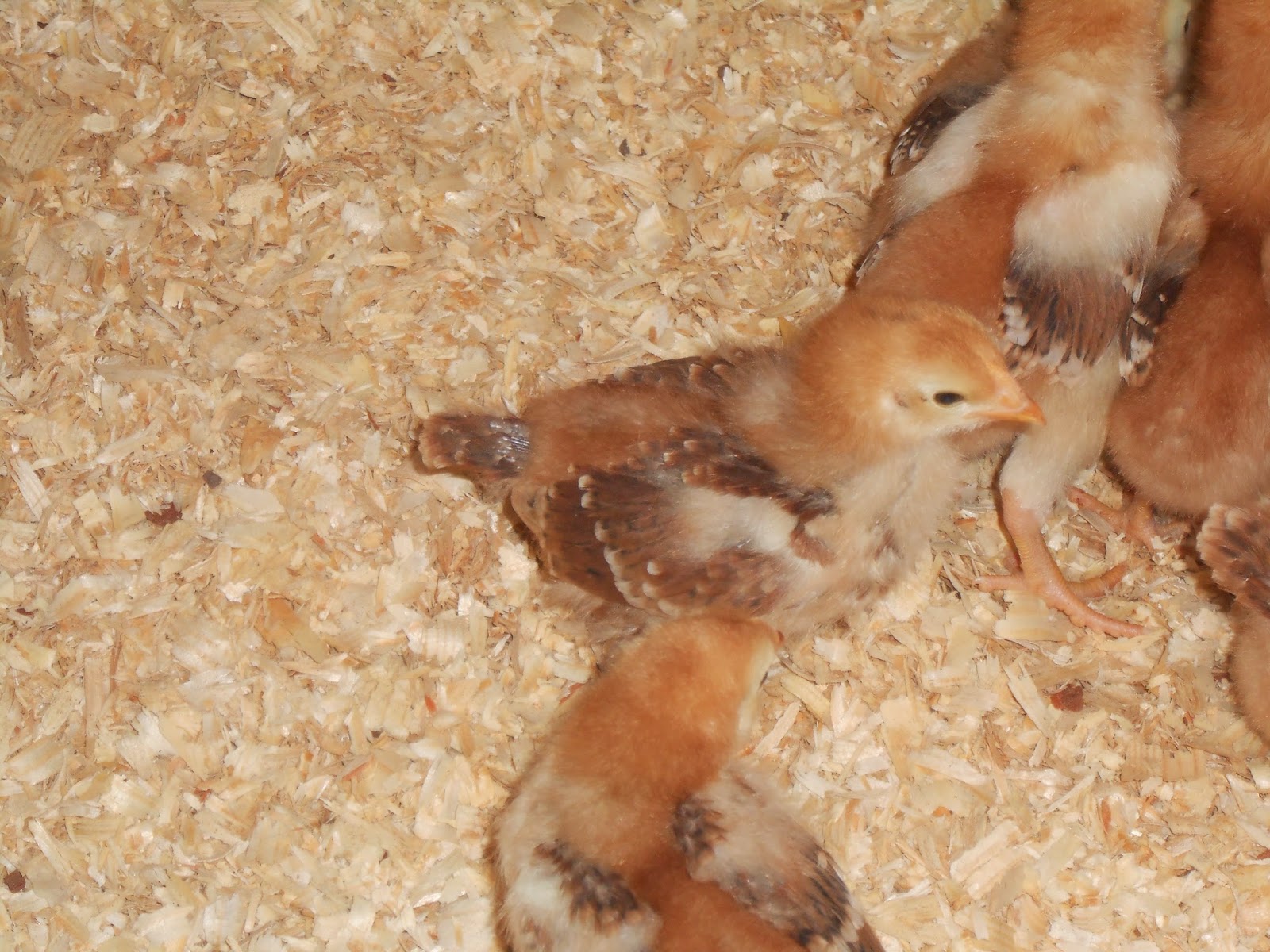 They seem to need a lot of rest because at times they will suddenly fall asleep right in the middle of things.  The first time I noticed this, I thought the chick had died and almost panicked, only to have it jump up and run off when I reached down to touch it! 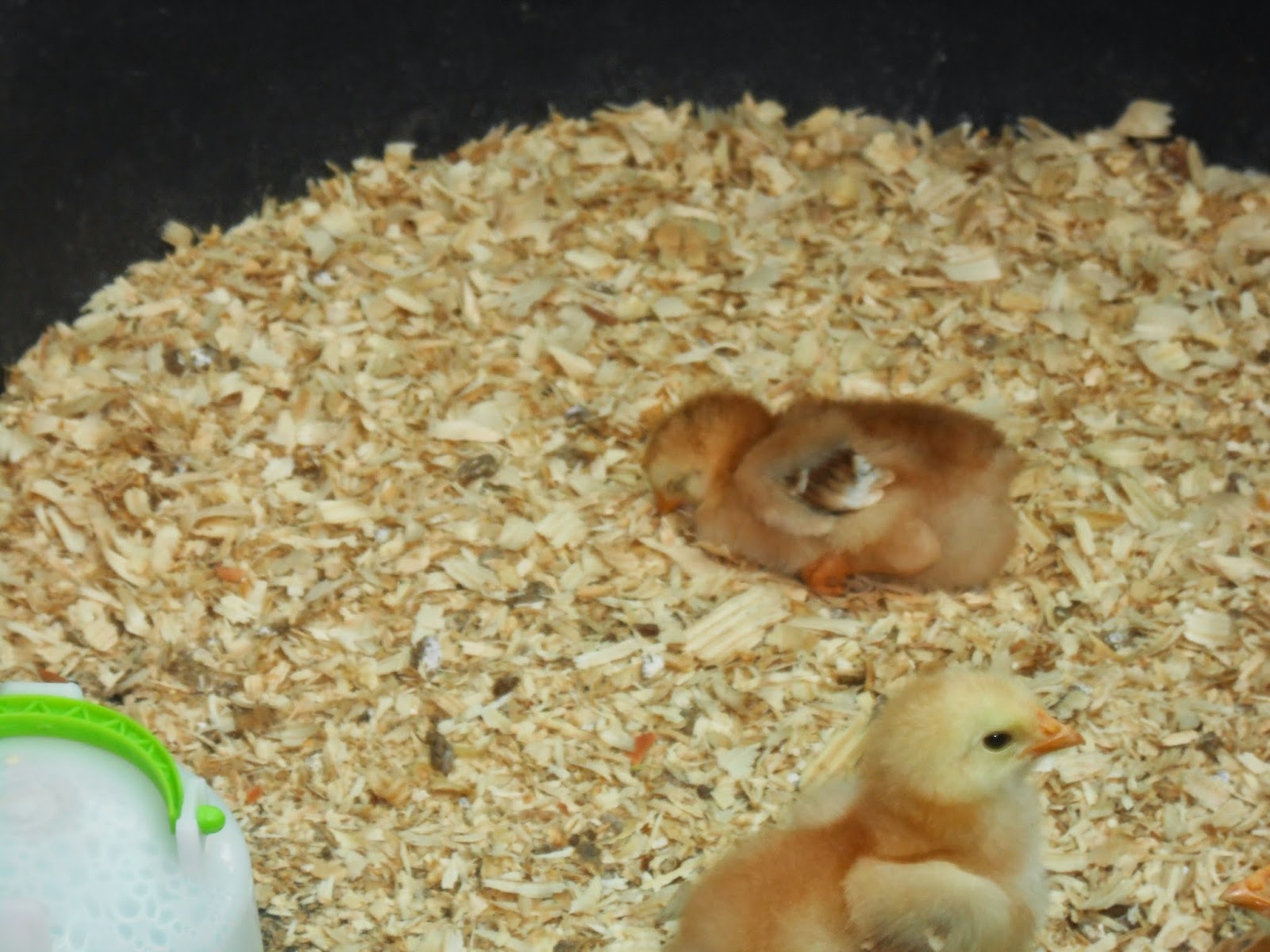 At other times, they take a "group nap" where everyone goes to sleep at once. 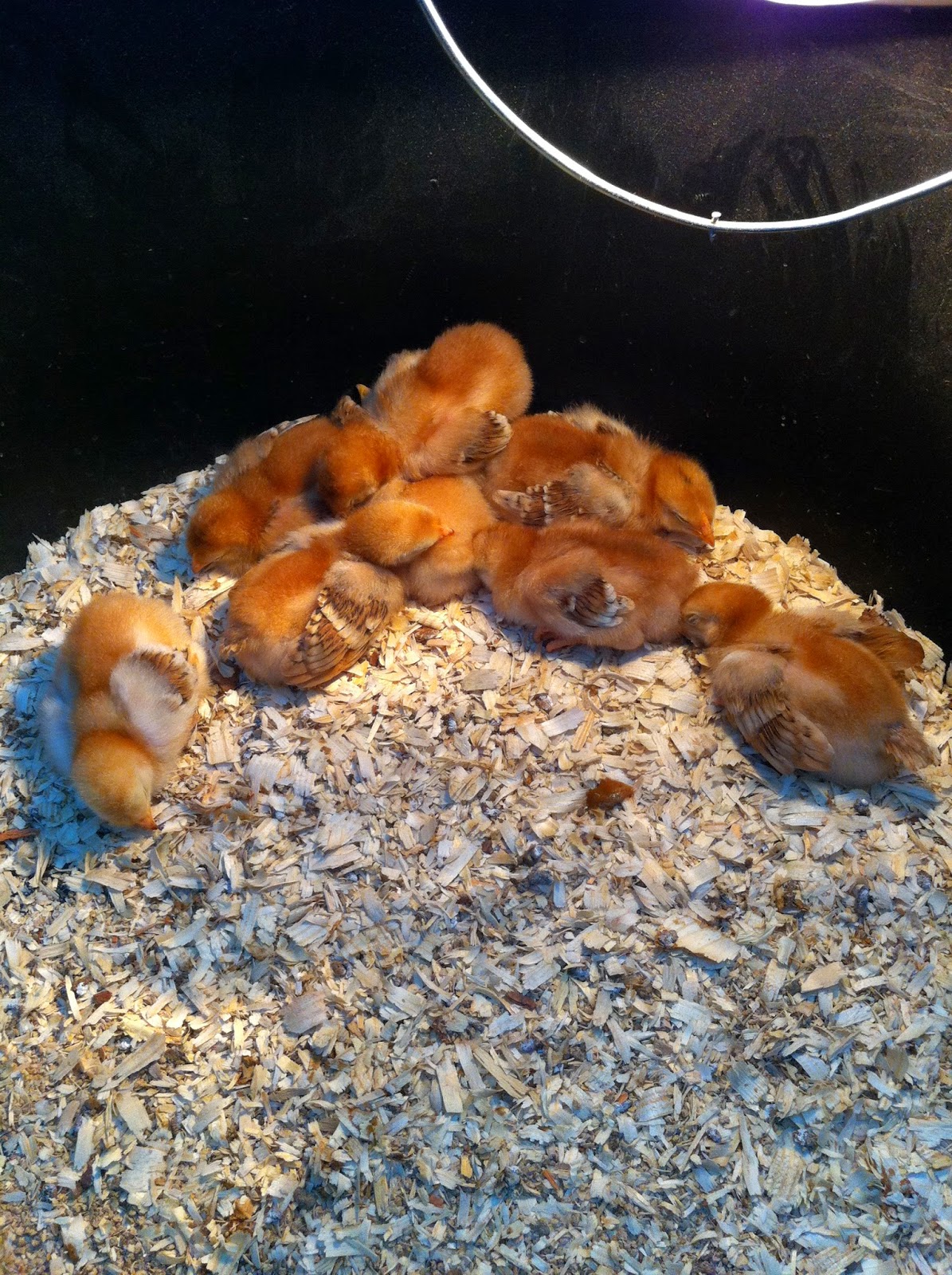 It didn't take them long to discover the food and water. 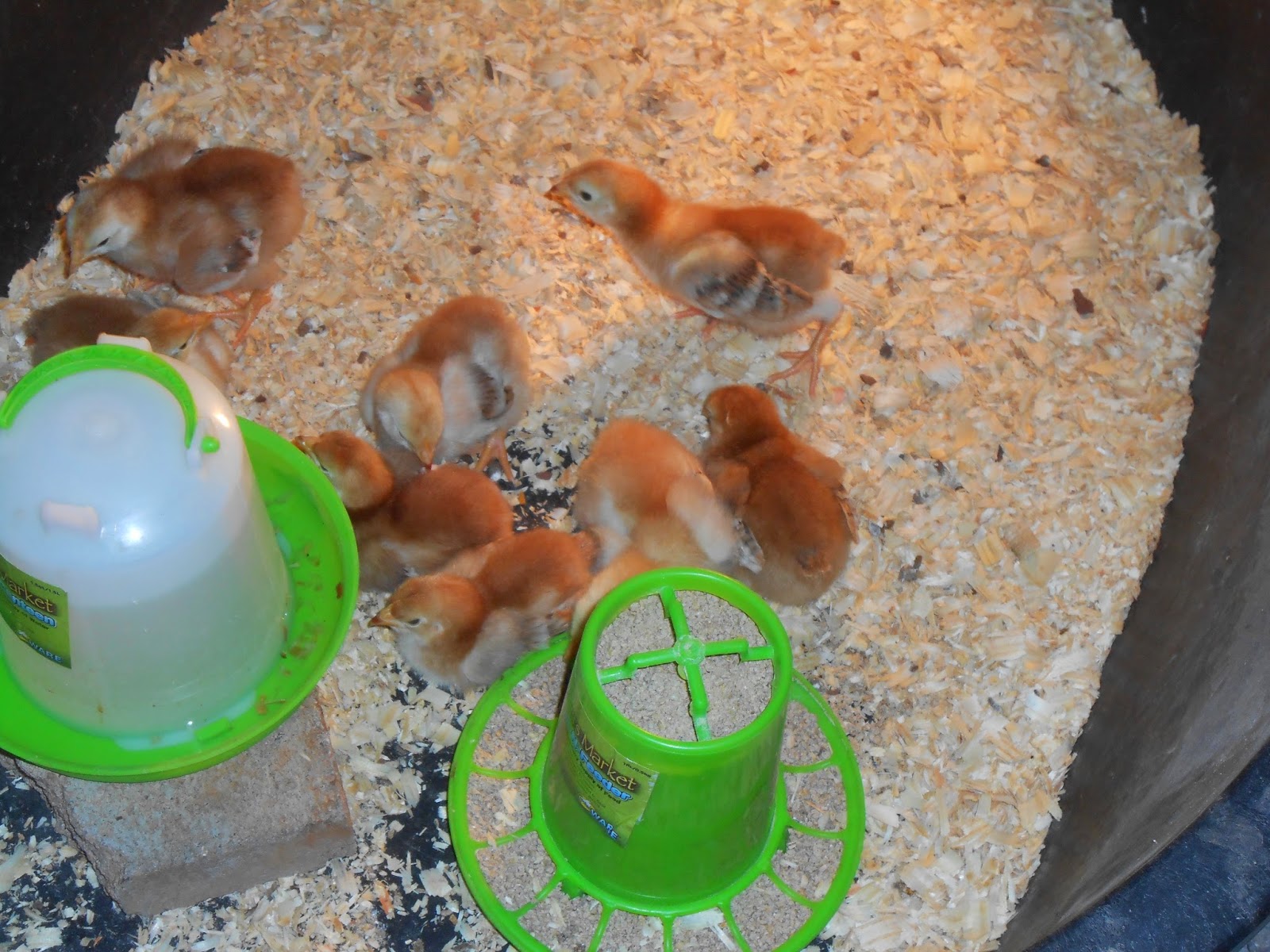 After developing the wing feathers, they quickly learned to fly.  So, we have had to move them out of the brooder tub into a larger pen that Tom fixed for them in the garage. 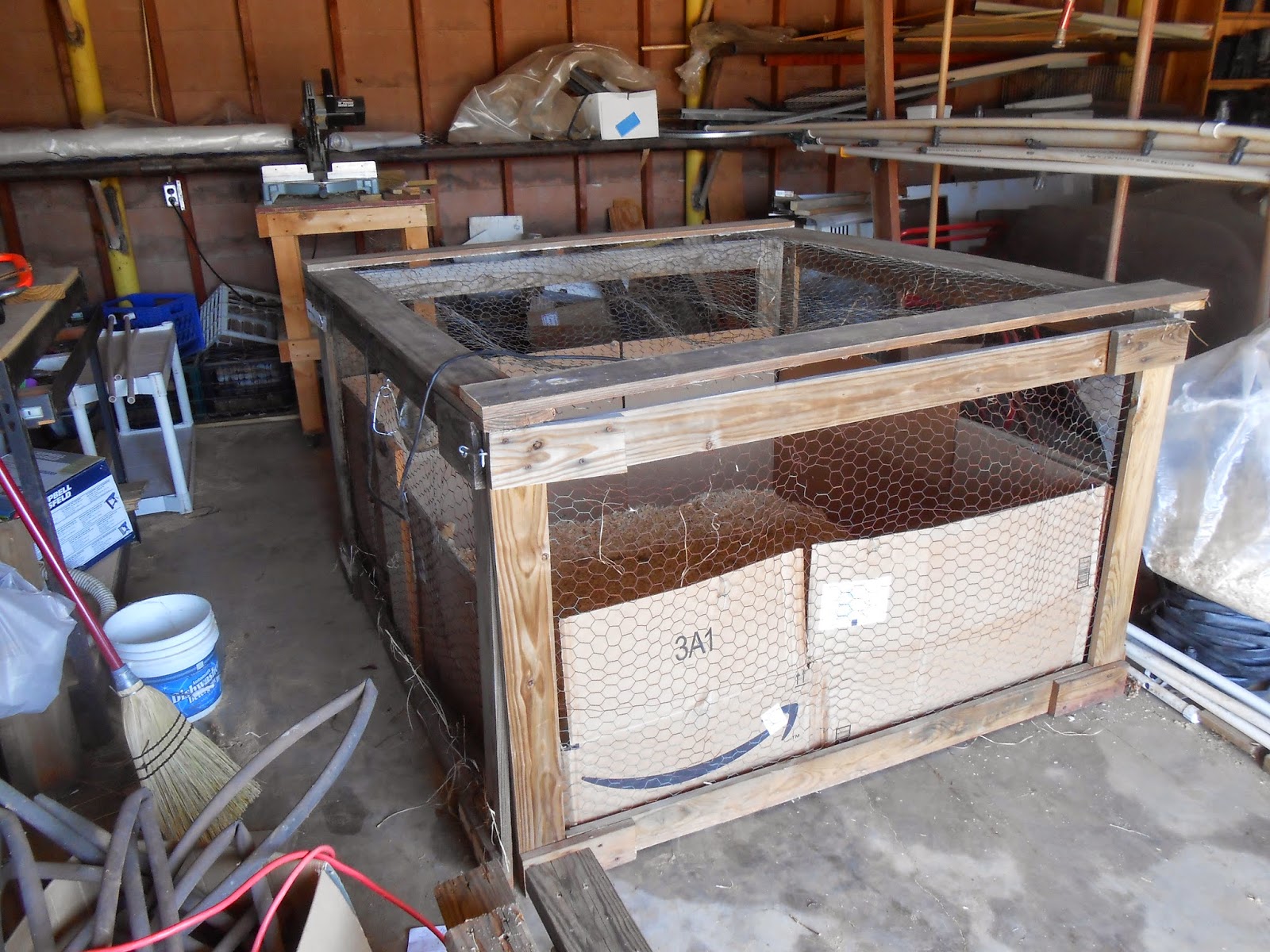 We put cardboard around the perimeter of the pen to keep out drafts of cold air and we put a cover on it because we open the garage door during the day and want to guard against stray cats and other predators.

The chicks seemed a little overwhelmed with all the space in their new home and stayed in a huddle the first couple of days.  But, as they grow larger, they are getting braver and starting to explore the new pen. 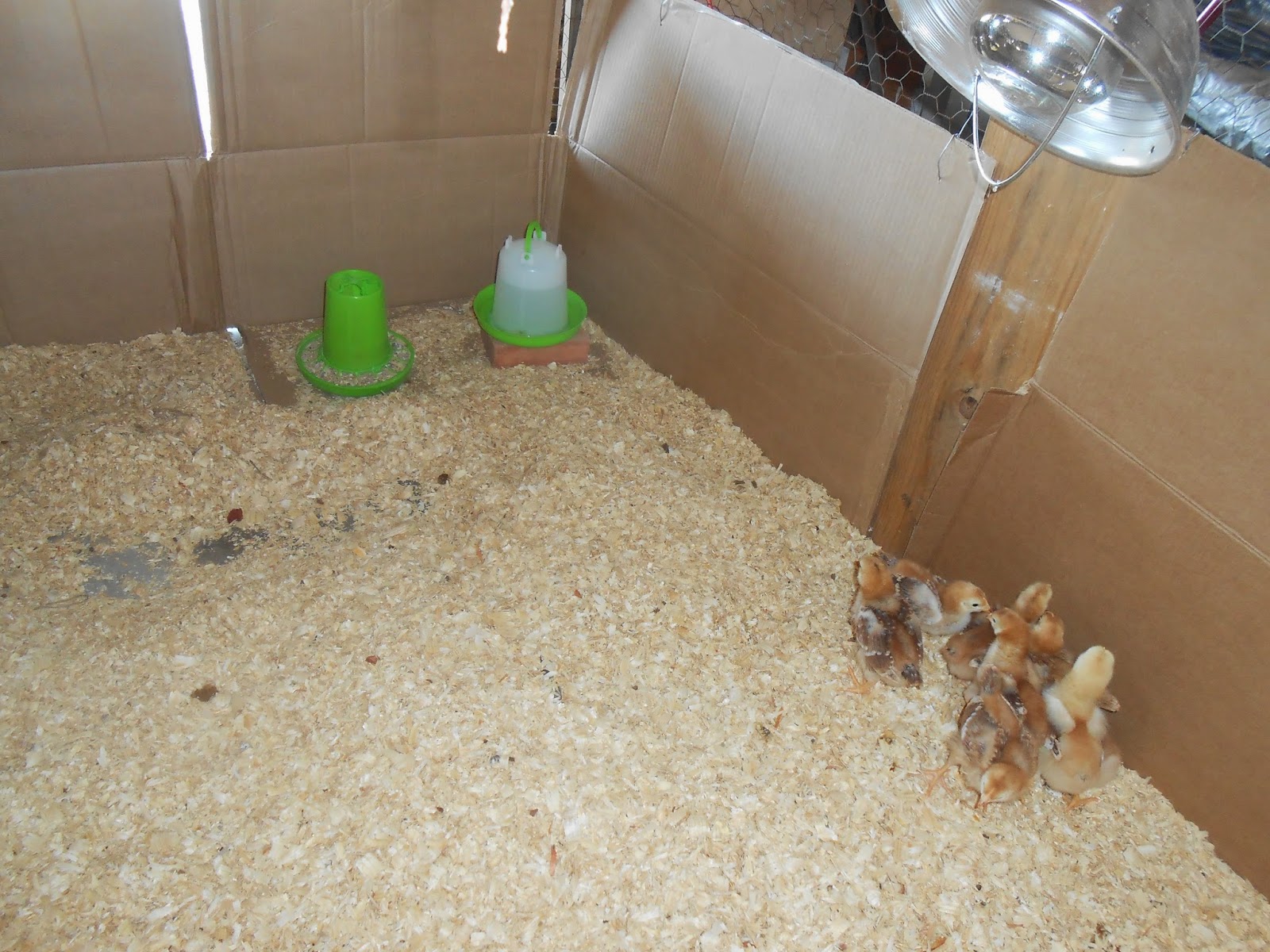 They can stay in this bigger pen for several weeks, but we will eventually have to introduce them to the older chickens.  We'll probably start out by moving this small pen outside and setting it beside the large pen our older chickens are in.  This will allow them to get acquainted through the fence.  I'm hoping there will be no fights and that flock tranquility will result.  I'll keep you posted!